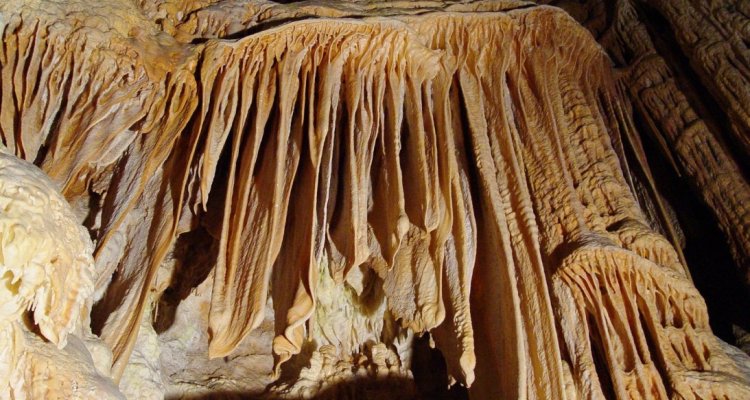 The cave of Aguzou is a cave classified and protected.

The first part of the Aguzou cave, known since prehistoric times, was set up for the curists at the beginning of the last century. A second network, discovered in 1965, subsequently revealed 6 km of fabulous galleries, of which, to date, 1,500 meters are accessible by the general public.

The cavity is a cave in the natural state, without artificial lighting and without too much development. Tours are always organized in small groups in the form of an underground hike. The equipment is provided : helmet, lighting, combination. The diversity and mineral profusion make the cave of Aguzou, one of the most beautiful caves in Europe, a geological heritage to preserve. It is also a journey into the time and space of the underworld.

All year by reservation.